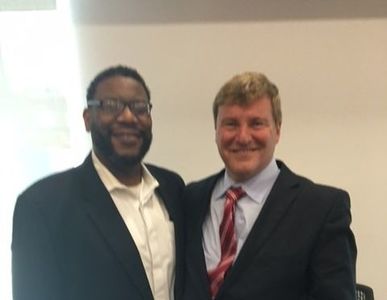 I met Leigh Steinberg at his agent's academy in June 2016. It was held on the campus of Southern Methodist University.  I went to this seminar thinking that I would have surrounded a bunchy of stuffy cynics that were looking to get an edge on the competition. I couldn't have been more wrong. The session was warm, encouraging, and motivating. The tone was set immediately. Leigh was as giving with us that day as it appears he had always been with his clients, the teams they worked with, his family, friends, and community he supports. Lee has an amazing resume and it was a monumental moment learning from a leader who has mentored no.1 draft picks, pro-bowlers, all-pro's, super bowl winners, and Hall of Fame members like Troy Aikman and Warren Moon. I think I have been most touched by Leigh's openness about his struggles and triumphs over alcoholism and depression.  To be the real life "Jerry McGuire", you would think that he would place himself on a pedestal, but that's not the case at all.  Once you meet him, you will never forget him.  Warm, genuine, and a master of his craft. 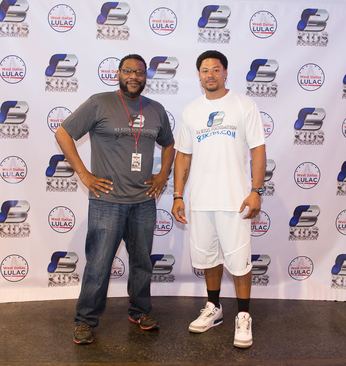 "The 83 kids mission is to not only bring hope and awareness to the foster care system but also to enrich the self-esteem of our displaced youth in order to create a mindset of a better life. Confidence Is Contagious!" 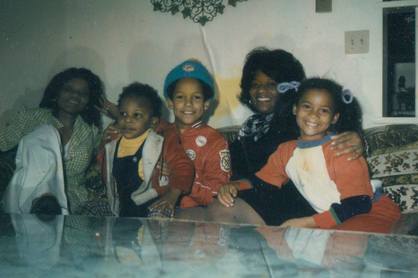 I've had a love affair with sports since I was a kid, and it came from my Dad.  He was one of the neighborhood coaches and had me, my brother, and all of our buddies outside swinging bats and running bases.
No matter the sport, he was out there coaching, shouting, or both!  I knew that I would find my way into the world of sports.  It took me a couple of years and more than a few pit-stops to get here. I'll never forget the spark that lit my fire...I had been in the presence of greatness all my life...as a snotty nosed runt always trying to keep up with one of the older boys down the street...that older boy just so happened to grow up to be a two-time world champion David Justice.

Check out our Blog page for local and global current events! ​